Prokaryotics management consists of a well-balanced team of discovery research and business executives with extensive expertise and experience in antibiotic drug discovery and development. 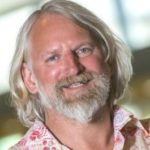 Terry brings nearly 25 years of biopharmaceutical experience and expertise in antimicrobial discovery authentically rooted in innovative genetic, genomic, chemical biology, and phenotypic screening strategies to identify novel targets and cognate antibiotic drug candidates to treat serious bacterial and fungal infections.  Previously, Terry assumed increasing roles and responsibilities at Merck & Co., Inc. from 2004-2017, serving as Senior Research Fellow, Distinguished Scientist, and Co-Chair of the MRL Antibacterial Early Discovery Unit.  Prior to joining Merck, he served as Director of Antifungal Research and Site Head of Elitra Canada, a subsidiary of Elitra Pharmaceuticals.  Terry also served as a co-founder and Director of Research at Mycota Biosciences, an antifungal startup and later acquired by Elitra Pharmaceuticals.  He has also served as principal investigator of two large-scale Genome Canada projects related to Candida albicans genomics and antifungal lead discovery.  Terry has published over 80 peer-reviewed papers, reviews, and book chapters as well as multiple Merck, Elitra, and Mycota patents.  Terry received his PhD in 1994 at McGill University in the laboratory of Dr. Howard Bussey where he studied yeast genetics and cell wall biogenesis, and was a post-doctoral fellow in the laboratory of Dr. Michael Snyder at Yale University. 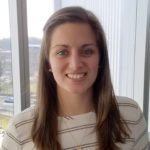 Holly Sutterlin, PhD is a microbial geneticist specializing in the discovery and development of novel antibacterials. Before joining Prokaryotics, Holly served as a disease area biologist in the Department of Infectious Diseases at Merck & Co., where her efforts focused on antibacterial target identification and validation as well as lead compound identification and development.  She has experience with both synthetic small molecule and natural product pipelines geared toward discovery of new antimicrobials to combat multidrug-resistant bacterial infections. Holly received her PhD in 2014 from Princeton University, where she studied Escherichia coli cell envelope biogenesis in the laboratory of Dr. Thomas J. Silhavy. She was awarded the National Science Foundation Graduate Research Fellowship, which funded three years of her graduate work. Holly graduated magna cum laude with a Bachelor of Science degree in Biology from Duke University in 2008. 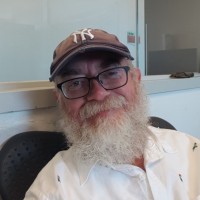 Tim brings 26 years of experience in leading chemistry lead identification/optimization programs in the areas of infectious and cardiometabolic disease, retiring from Merck as a Senior Investigator/Principal Scientist in 2016,  To date, five compounds from his programs have entered the clinic.  He is principal or co-author on 36 peer-reviewed papers and book chapters, and is an inventor on over 100 published and granted Merck patents.  Prior to joining Merck, Tim received his PhD in 1988 from Yale University, where he studied physical organic and synthetic chemistry under Prof. K. B. Wiberg, and was an NIH post-doctoral fellow in the laboratories of Prof. E. T. Kaiser at The Rockefeller University and Prof. Ronald Breslow at Columbia University, where he pursued research in bioorganic and peptide chemistry.  Tim is known for his scientific outreach, and speaks frequently to public audiences at the high school and college level about the mission, methods and challenges of the pharmaceutical industry. 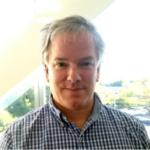 Robert R Wilkening is a medicinal chemist, group leader and people manager with 35 years of experience working in lead optimization at Merck & Co., Inc. He worked extensively in the antibacterial area on the PRIMAXIN program, the Merck MRSA carbapenem program in which he designed and synthesized the key clinical candidate L392, and the Merck macrolide program in which he designed and synthesized the marketed BRD (bovine respiratory disease) agent GAMITHROMYCIN. Bob has also worked in the antifungal area, where he designed and synthesized the first orally active GS inhibitor Ibrexafungerp, approved by the FDA for vulvovaginal candidiasis (VVC) in 2021. He is principal or co-author on over 25 peer reviewed papers and an inventor on over 50 published or issued Merck patents. A total of seven compounds from his group have entered the clinic. 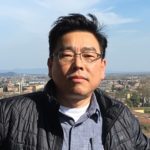 Sang is a proven experienced industrial scientist with broad microbiological and molecular biology knowledge in the field of infectious disease research with distinct expertise in synthetic and natural product derived molecules. In his 17 years scientific career as a principal scientist/team leader at Merck and Co., Lodo Therapeutics and currently at Prokaryotics, he possesses significant expertise in leading drug discovery programs from the initial Proof of Concept (POC) stage to more advanced Lead Optimization (LO)stage, including evaluation of lead compounds utilizing various in vivo animal models. Sang received his PhD from Tufts University School of Medicine, in the department of Molecular biology and Microbiology, in the laboratory of Dr. Andrew Camilli, HHMI. He continued his NIH funded post-doctoral fellowship at Yale University in the laboratory of Dr. Jorge Galan studying virulence and pathogenesis of Salmonella bacterial pathogen..

Ellen has been working in pharmaceutical and academic laboratories for more than 30 years. She has extensive experience in assay development, including routine support for medicinal chemistry (Structure Activity Relationships), as well as for high-throughput screening and molecular diagnostics in the infectious disease field. During her 18 year career at Schering Plough/Merck she supported the HCV drug programs that produced Zepatier and Victrelis from target identification and validation all the way through the clinical and post-launch phases, and played a key role in a variety of antibacterial drug discovery projects, including programs targeting P. aeruginosa and Methicillin-resistant S. aureus (MRSA). Ellen has an MD degree from Shanghai Second Medical University, and Master of Science degrees in Microbiology, Immunology and Clinical Laboratory Science from Shanghai Second Medical University and Virginia Commonwealth University/Medical College of Virginia. 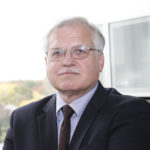 Keith Bostian is an entrepreneur scientist with a distinguished career in industry and academia.  He has held senior executive positions in numerous life science companies including Kemin Pharma and Vanta Bioscience, as President and CEO.  He was a founder of Mpex Pharmaceuticals, founder and CEO of Iconix Pharmaceuticals, and founder and COO of Microcide Pharmaceuticals.  At Merck, he was Head of Microbiology and Molecular Genetics, with responsibility for antimicrobial drug discovery and discovery of new leads from natural products worldwide.  Most recently, he founded the Institute for Life Science Entrepreneurism (ILSE) at Kean University, a New Jersey regional knowledge hub connecting academic and industrial scientists with resources to promote translational research and life-science start-ups.  Dr. Bostian is an inventor on numerous patents in drug discovery and genomics, and has championed efforts resulting in numerous clinical candidates including a first-in-class anti-fungal antibiotic, CANCIDAS®, and an aerosol fluoroquinolone, Aeroquin®, for cystic fibrosis infections, as well as a proprietary probiotic, Anaban™.  He is a fellow of the American Academy for Microbiology, and a former faculty member at Brown University.  Dr. Bostian earned his doctorate in Biochemistry from the University of London and was an American Cancer Society Postdoctoral Fellow. 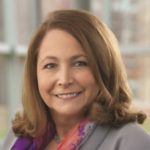 Pam recently retired from Merck & Co., Inc. and has over 35 years of experience in pharmaceutical business development, licensing, strategic planning and marketing. She previously served as Executive Director, Business Development and Licensing at Merck & Co., Inc. For the past 20 years, she was responsible for negotiating transactions with companies, universities and institutions worldwide, including arrangements for compounds, research collaborations, patents, formulations and research platform technologies. Prior, Ms. Demain was in charge of the Business Information & Research Department in the Worldwide Human Health Marketing area of Merck. She was also responsible for the worldwide launch of the antibiotic PRIMAXIN/TIENAM. She joined Merck in 1981 on a management training program. Ms. Demain is a graduate of the University of Massachusetts at Amherst, and holds a M.B.A. in International Business from The American University in Washington, D.C. and is a Certified Licensing Professional (CLP). She served as President, Licensing Executives Society USA and Canada (LES) 2014-2015 and was on the LES Board for over 10 years. She is a member of the ILSE Board of Trustees and was a member of the BioNJ Board from 2013-2016, heading the Membership Committee.

Brian Burr, JD, is co-founder of the firm B C Burr McCabe Law and has managing Prokaryotics’ legal affairs since its inception. Brian Burr is an experienced legal counsel practicing for 30 years, first as a partner with two prominent global law firms prior to forming his own firm in 2007, B C Burr McCabe Law www.bcbmlaw.com,,specializing in representing biotech, pharmaceutical and technology companies in growth-oriented transactions. He represents companies in a wide variety of complex transactions, including patent licensing; joint ventures; major license, development and commercialization agreements, university transactions and mergers and acquisitions. Prior to forming B C Burr McCabe Law, He was a partner in the Silicon Valley office of Orrick, Herrington & Sutcliffe LLP where he was the head of the technology transactions practice for seven years. Prior to that he was a partner at Pillsbury Madison & Sutro LLP (now Pillsbury Winthrop Shaw Pittman LLP).